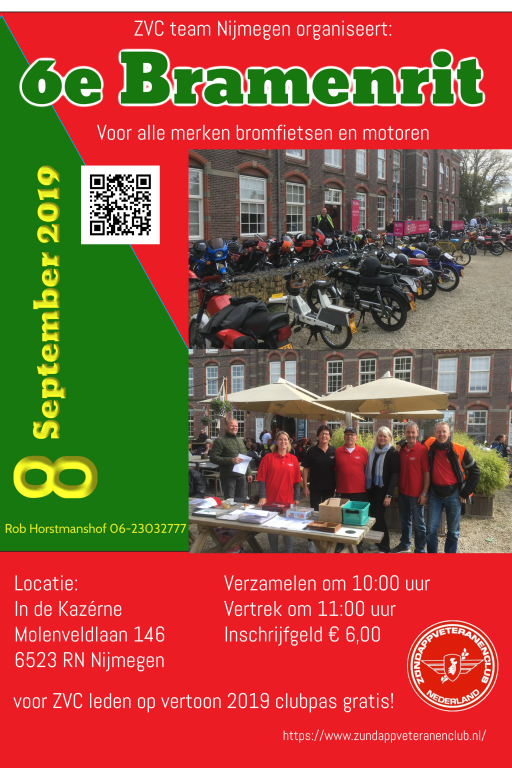 The ZVC Bramenrit 2019 of 100 km from the Kazérne in Nijmegen is the next ZVC tour. He will be held on Sunday 8 September and the Nijmegen ZVC team is busy preparing. The route is already known to the organization and we will be putting the finishing touches on the coming days. The route goes from the start at the monumental Kazérne in a southerly direction along the Zevenheuvelenweg to Groesbeek and further along the Maas at Mook. Then over the hilly Berg and Dal to Kalkar. After the break on the Market Square in Kalkar we will go via the German Zyfflich near Kranenburg to Berg en Dal to ride back to the Kazérne via 12% slopes of the Kleefse Baan.

See you all on September 8 in Nijmegen!