Read or share questions / experiences about KS 600? Join the discussion on our Forum! 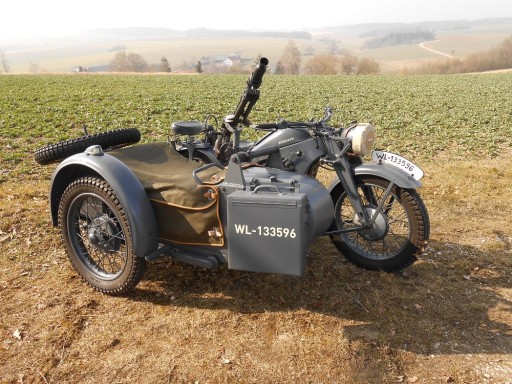 The KS 600 is quite different from its successor, the KS 601. The engine and the gearbox are already different, also the ignition, carburetor and drive components are different from each other. As well as the sizes and weights, top speed, power and gear transmission. I do not make this up, but I was informed by KS 600 owners in Germany after launching the Zund App.

The production period covered two parts. From 1938 to 1940, the KS 600 was built by Zündapp GmbH; in 1940 Zündapp needed the production capacity for the KS 750 wehrmachtsgespann. Zündapp delivered more than 18,000 copies of the KS 600 with sidecar to the Wehrmacht. A Mauser MG-34 automatic rifle could also be mounted (see the photo). After the war, in 1945, Zündapp was not allowed to build heavy engines from the Allies. This embargo was lifted in 1949 and so Zündapp was able to rebuild pre-war KS (Kardan Sport) 600 until 1950. 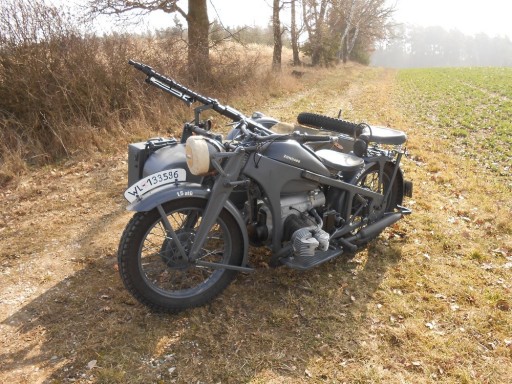 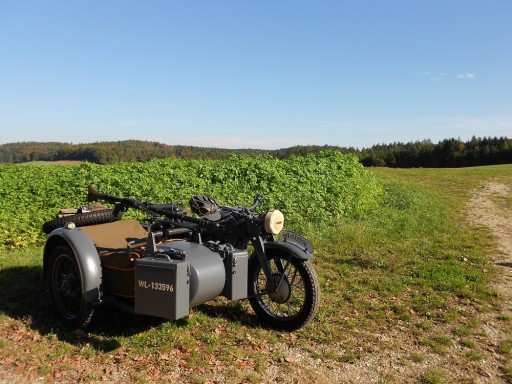