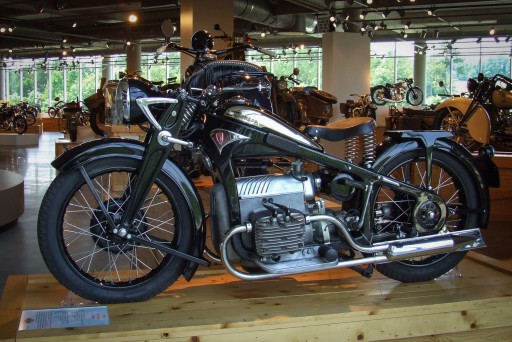 
Zündapp is mainly a manufacturer of two-stroke engines, but still the heaviest motorcycle they ever built in series, , a four-stroke with four cylinders in boxer setup. From a bore / stroke ratio of 62 x 64 mm and at a compression ratio of 5.8 to one, this 791 cc measuring four-cylinder four-stroke boxer with side flaps delivered 22 HP at 4300 / min. The 2.5 liters of oil in the crankcase was fed to the places to be lubricated via pressure lubrication. The crankshaft was mounted twice and the connecting rod of the left front cylinder was on the same tap as the cylinder on the right rear. Through the coupling, the force was fed to a four-speed gearbox with oil-operated duplex chains. Switching was done like a car by means of a poker that stuck out of the gearbox and came out next to the frame. The K 800 was preceded by the slightly smaller K 600. Of the K 600 only 26 copies were made.

The rear wheel was driven by means of a closed cardan axl transfer through the pressed steel frame. More about the K 800 can be found on: https://www.zundappveteranenclub.nl/zundapp-k-800/ 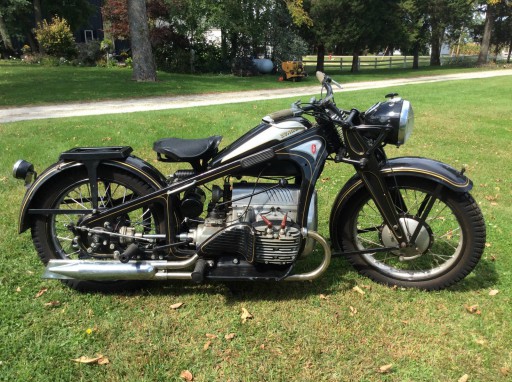