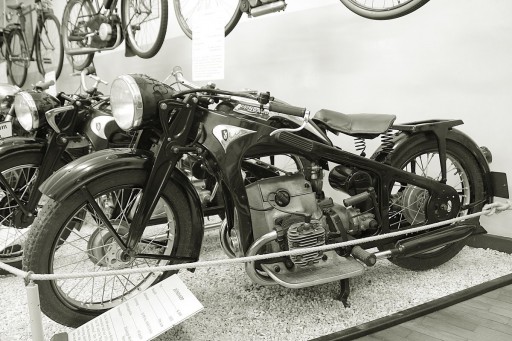 
In 1933, the Küchen brothers developed several single and multi-cylinders, including Zündapp's first two-cylinder boxer engine, which would make the brand stand out. In 1933, Zündapp presented four boxer models. The smallest was the K 400, a 398 cc side flap boxer engine that delivered only 10 hp. The K 400 was built up with a plate frame, shaft drive and a trapezium fork as double frame. The K 400 remained for only one year.