Read or share questions / experiences about KS 601? Join the discussion on our Forum! 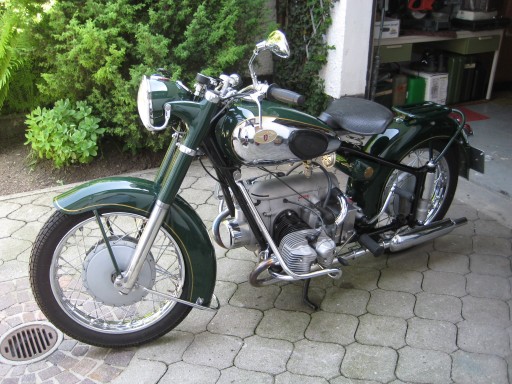 
The KS 601 came on the market in 1951. It would be the last four-stroke boxer engine from Zündapp. The 600 cc delivered 28 horsepower. Zündapp and BMW continuously competed for the highest honors during the field races. Zündapp often won because of its high power at lower speeds. The KS 601 was often supplied with a sidecar. From 1950 to 1957, 5,000 copies were manufactured in Nuremberg. The typing "KS" meant "Kardan Sport". The term KS would later also be used for other models. The management of Zündapp GmbH decided in the sixties to give some moped models the familiar type designation "KS". This was more of an advertisement than a logical name. "KS" meant next to Kardan Sport also called Kastenrahmen Super. The KS50 is an example of this.

The KS 601 was available in a typical green color scheme. Journalist Carl Hertweck, from the German magazine "Motorrad", felt a KS 601 with a Steib TR 500 sidecar for a long time. He used this combination not only on public roads, but also participated in reliability rides in the field and put the machine to the test. In December '51 he wrote an article about this in the magazine "Motorrad" (25/1951) under the title "Grüner Elefant". The journalist was so impressed by the pulling power, top speed, robustness and reliability of this machine, that he compared it with an elephant and because the color was predominantly green, the name "green elephant" came into being. (Thanks Patrick W. for this information) This nickname would become a concept. In 1956, the first Elefantentreffen took place, a motorcycle event in southern Germany in the middle of the winter. Usually in late January / early February for owners of KS601 motorcycles. Meanwhile, every motorcycle brand can participate. 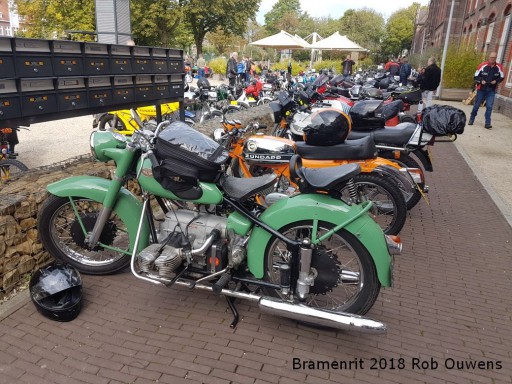