Read or share questions / experiences about Zündapp Janus 250? Join the discussion on our Forum! 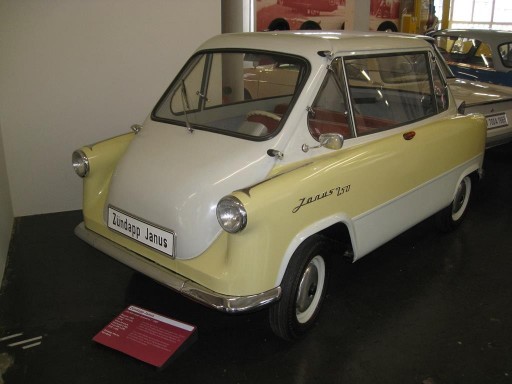 
The Zündapp Janus was a dwarf car made by Zündapp in 1957 and 1958. The front and rear of the car were very similar and that is why this model was named after the Roman god Janus, the god with the two faces. The body was designed by the German builder Claudius Dornier. The single-cylinder two-stroke engine of 248 cc was in the middle of the car, had 14 hp and had a top speed of 80 km / h. In the color "Adriablau" the Janus in Germany cost DM 3.290 at that time .-- The production of the Janus began in June 1957, but was discontinued in 1958 after the factory was sold to Bosch. In total, only 6,902 Zündapp Janus' of the expected 12,000 copies were produced. This was too little to get out of the costs. To prevent a bankruptcy of Zundapp, the factory in Nuremberg, where the Janus was produced, was sold to Bosch. The second-hand purchased press for the bodywork was sold to competitor Hans Glas. The Janus was also sold in the Netherlands. Stokvis had him in the brochure in 1957 for NLG 4,695, - (In Euro: € 2,130.50)

In 1958 three teams with a Zündapp Janus took part in the rally Liège - Brescia - Liège. In the first gear the 2.211 meter high Penser Joch was driven in Italy. All three teams successfully completed the rally with the Zündapp Janus. 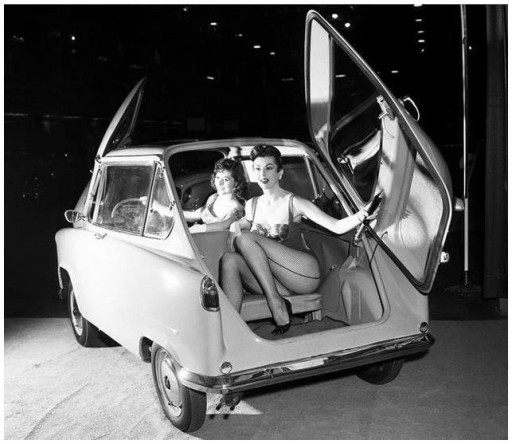 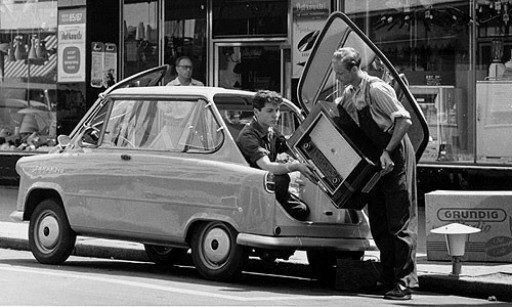