Read or share questions / experiences about 517-35 liste C GTS-50? Join the discussion on our Forum! 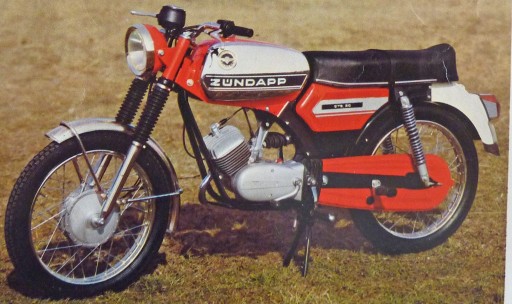 
In the leaflet it was already described: "pure driving pleasure belongs to the owner .." And with that driving pleasure it was all right. This 4-foot switched GTS-50 is a somewhat rare model. He looks a lot like liste 1, but what is immediately different is the dashboard, which is separated from the headlight. A harbinger on the separate dashboard of the 529 models, which were already on the drawing board in Munich. The front drum brake had a diameter of 150 mm and rear it was 120 mm. Liste 1 also did not have standard black front (loose) frame tubes, but it was really cool on the liste C.

Available only in red / black and gold / black. 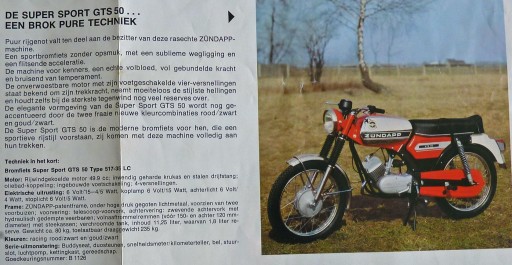