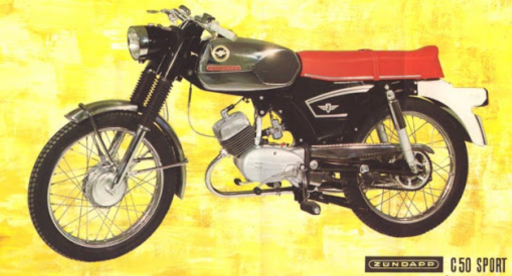 
The Zündapp C50 Super and Sport models from 1969 to 1970 are famous and notorious in the Netherlands. While Zündapp GmbH had solid foot-switched engine blocks in Munich, the factory chose to mount a 3-foot-switched block that can be operated by a short cable. Originally this block had a 3-hand gear. Many owners later mounted a 4-foot switch block.