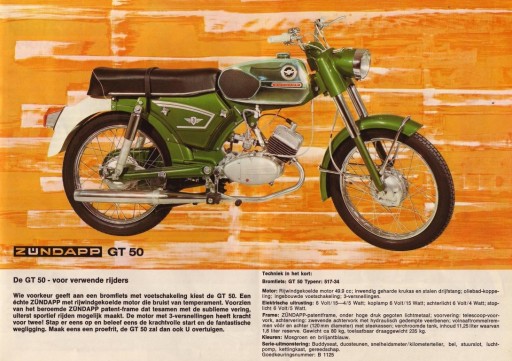 
The GT-50 was an identical CS-50, but with a 3-foot switched engine. The manual switch was found somewhat old fashioned by the youth and the GT-50 was Zündapp GmbH's answer to this.