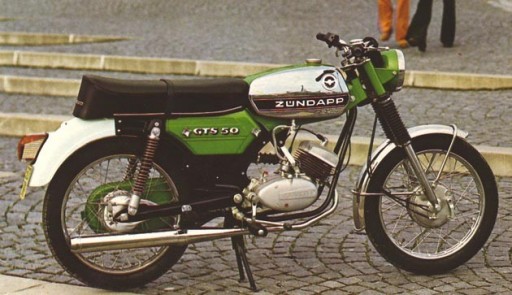 
Similar to the Supersport, but with a different font on the toolbox lid and outer springs on the shock absorbers behind.