Read or share questions / experiences about 510-101 Super-Combinette? Join the discussion on our Forum! 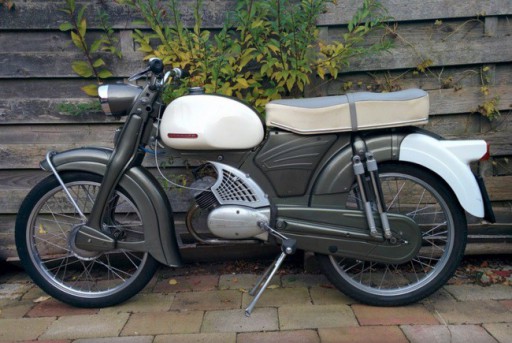 
Double rear shock absorbers and swing springs front is a feature of the 510-101 Combinette. 3-manual circuit. Engine type 266-100, delivered from 1960. Later with engine block 266-103 as Super Combinette. Wind cooling. Pedal mechanism and swing springs (is that correct English?) drum brake, typical for the Netherlands. Cylinder is the 265 "egg" shaped cylinder. Double shock absorbers behind and large convex tank. Tank is now wanted for the "Specials".

The first models had a rear light in the form of an hourglass, mounted separately on a sheet steel rear fender. In mid-1962 a white sprayed aluminum rear fender was mounted with an integrated tail light housing. In Zundapp circles this taillight was called a "pig snout".

In the Netherlands only the engine types 266-100 and 266-103 are mounted; the solid 3-hand switched block. For the German market from 1960 already the KS version of the 510 was supplied with footswitch and kickstarter. 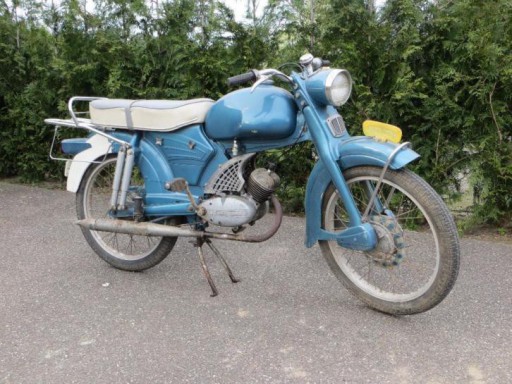