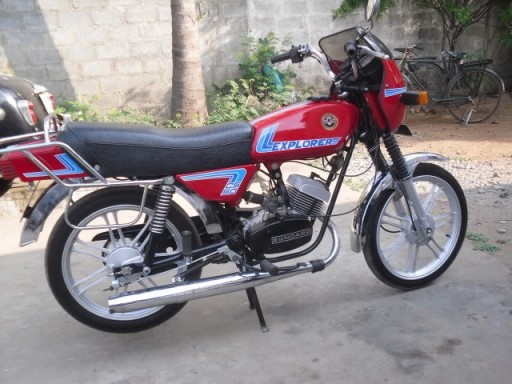 
Zündapp had at last a technical collaboration with Royal Enfield in India to build mopeds and motorcycles there. A special factory was built in Ranipet near Chennai in the early 1980s to then produce small engines such as the Explorer, Silver Plus and the 175 cc Fury. The Explorer was sold in the Netherlands; but not with the Zundapp build quality. Royal Enfield currently sells motorcycles in more than 50 countries. Royal Enfield surpassed Harley-Davidson in global motorcycle sales in 2015. I came across Enfield Explorer's on the Indian Marketplace (http://www.olx.in/) with construction year 1983 for 8,000 rupees, converted € 105.00 (!)