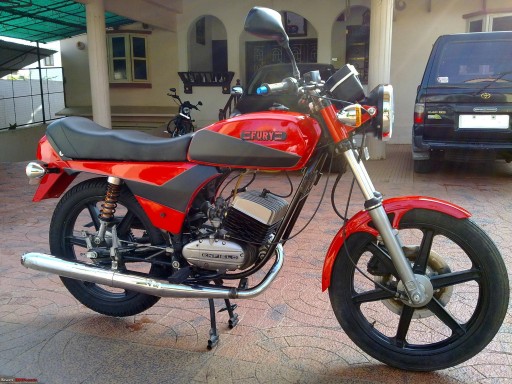 
The name 'Fury' was revived by Enfield India for a limited number of copies of the German Zündapp KS175. Royal Enfield (India) imported the 163 cc Fury from Germany when the Zündapp GmbH stopped production and closed their factories in 1984. The Fury had a five-speed gearbox, a Brembo hydraulic disc brake and a hard chromed cylinder. This was for the first time on a motorcycle in India. The design of the Fury has been successful.